I no longer work for the Dawn, please check out this exciting new approach to treatment of addiction in Thailand:

“It was the gateway to one of the world’s largest opium trading routes, the place you came if you needed a hit: Chiang Mai, northern Thailand’s largest city.

Back in the 1950s, commercial production of opium in the region started to take off. China’s new communist government had banned the crop, at hend it didn’t take long for business to move south. Coupled with miles of inaccessible rugged hills and a cool climate, the Thai-Myanmar-Laos border—dubbed the Golden Triangle—became the ideal place to grow opium away from anti-drug law enforcement.

Aided in part by the CIA, who used the drug trade during the 1960s to fund their anti-communist Laotian allies, production seriously ramped up, and by the 1970s the region was producing more than 70 percent of the world’s opium.

Ironic, then, that this once debauched city has since picked up a PG reputation as Thailand’s premium rehab hub, with a number of clinics opening up in the last couple of years offering peace, wellness, and serenity for suffering drug addicts. 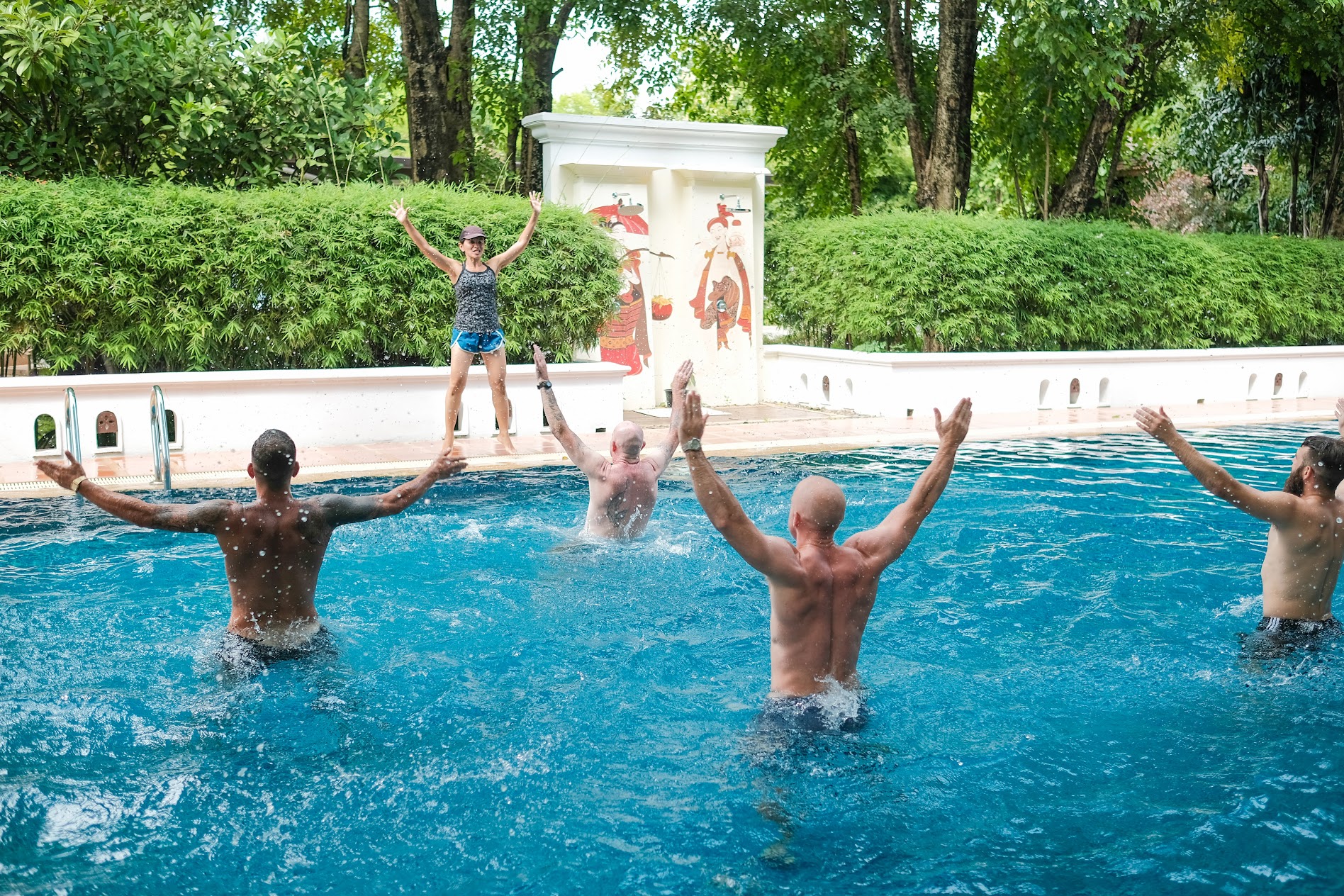 But while they have helped the city to garner a new reputation, there’s no escaping its shady past.

“Chiang Mai was the place to come and get smack originally, many moons ago,” says Dylan Kerr a Birmingham-born counselor, who works for the Dawn, one of the luxury clinics in the area. “A former Australian client of mine was part of a heroin cult here in the 70s. They called themselves the Orange People, and smuggled heroin from Chiang Mai [to Australia],” explains Kerr, before detailing some of the stranger stuff the cult was into: “They used to inject on the points of the cross: the stigmata. They believed that when Jesus was on the cross, the blood of Christ was heroin. So you’d invoke a religious experience from doing it.”

A lot of things have changed since then, of course, starting with Kerr’s former client, who chose to return to Chiang Mai—the place that fueled his addiction—for treatment. Now in his 60s, the former Orange People member is clean and cult-free (Kerr was unable to confirm whether this cult was the infamous Rajneeshees of Netflix’s Wild Wild Country). 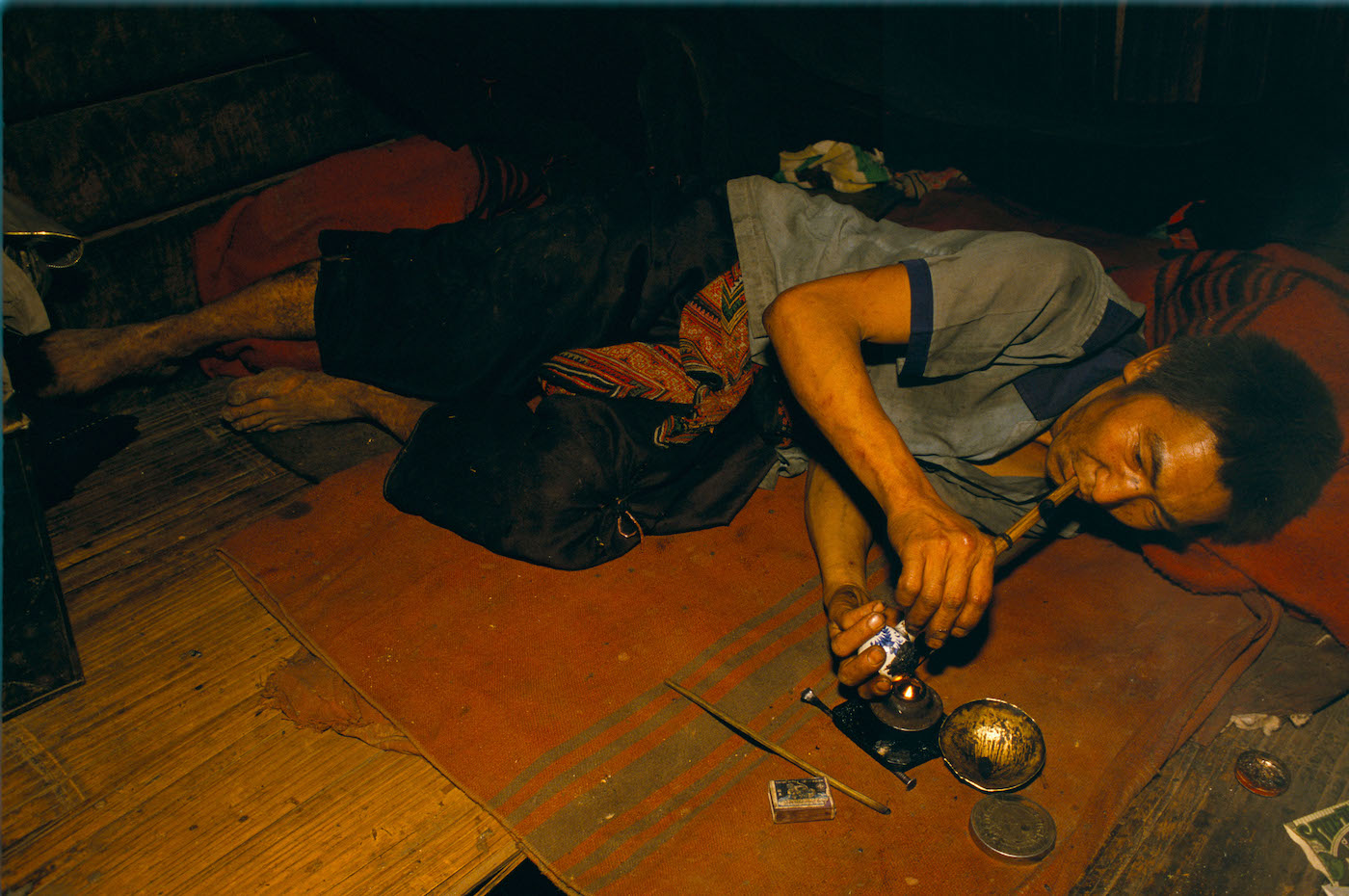 Chiang Mai, meanwhile, has been the focus of the Royal Project Foundation, which was set up in the late-60s to curb opium growing in the northern provinces. The Thai government also started to crack down on heroin trafficking routes after the launch of the 1984 nationwide opium eradication campaign.

By the 1990s, Thailand’s contribution toward the world’s heroin production dwindled, and though there are still areas in northern Thailand (including Chiang Mai) that grow the crop, the bulk of the Golden Triangle’s opium today comes out of Myanmar. Venture out into the hills, and many of northern Thailand’s former dope farms have been replaced by food crops, with a number of plaques in commemoration of the Royal Project dotted around to mark where the poppies once grew.

Down in Chiang Mai city, the general vibe is of health and wellbeing. Booze is banned during the day, there are an endless amount of ancient temples to visit, and worshipping monks are never too far away. Going cold turkey is never pleasant, but if you’re going to do it anywhere, there are worse places than modern-day Chiang Mai—which explains why new facilities, like the Dawn, are opening up.

These clinics are also much cheaper than your average western rehab. A 28-day program at the Dawn, for example, will set you back around £8,500 [$11,209]. Although certainly not cheap, this is less than half the price of similar luxury treatment centers in the UK or US.

Kerr suggests that being away from home also gives people the chance to reinvent themselves in a completely different environment.

“There’s a bit of an existential crisis when it comes to addiction,” he says. “It’s a case of people beginning to realize that this could be their destiny; to live like an addict, to live with all the trappings of having an addiction, which are pretty horrific. So that element of people getting out of their normal environment gives people a chance to really rebuild.”

The idyllic setting doesn’t work for everyone, of course, as Pete Doherty demonstrated back in 2012. Incidentally, Doherty returned to Thailand two years later, to the Hope Rehab clinic, just south east of Bangkok, where Kerr actually started to work with the singer as his on-tour addiction counselor—an “interesting” experience Kerr is pretty tight-lipped about.

However, he does say that the bizarre-sounding role of an on-site addiction counselor is pretty common these days, with plenty of other musicians taking counselors on the road, adding that “there’s quite a lot of wising up to it now in the music industry.”

As for Chiang Mai, things have clearly shifted for the better: Its drug-afflicted past is a hazy memory.”

Mr Dylan Kerr Addictions Counselor Bachelors in Clinical Counseling (Hons) Advanced Certified Addictions Therapist Member of the British Association for Behaviour and Cognitive Psychotherapist Member of the Federation of Drug and Alcohol Practitioners HeDip Health-care HeDip Psychology of Addiction Dip Counselling Diploma in Arts Therapy Diploma in Transactional Analysis CSAT III Dylan Kerr is a Certified Substance Abuse Therapist who is qualified in Counseling, Psychology of addiction from Leeds University and Healthcare from Birmingham City University. Dylan Kerr has been a senior Therapist at the River Rehab, Lead Therapist at Lanna Rehab in Chiang Mai and Head Counselor of Hope Rehab in Siracha. As well as working in Thailand for 7 years, Dylan has also been the on-tour counsellor for the the Rock band ‘The Libertines’. Dylan is now resident counsellor at an Asian rehab. Dylan has experience of working within the music industry supporting acts in therapeutic needs. As well as working around the world Dylan has over 13 years experience delivering substance use disorder treatment at various agencies around the UK. He is skilled in motivational interviewing, CBT, RET and guidance around 12 step philosophies. Dylan has worked with a broad client base and establish the rapport needed to effect change and sustainable progression. Dylan wishes to start this blog to help educate people on his observations within this field and debate the nature of work in the addictions field. View more posts